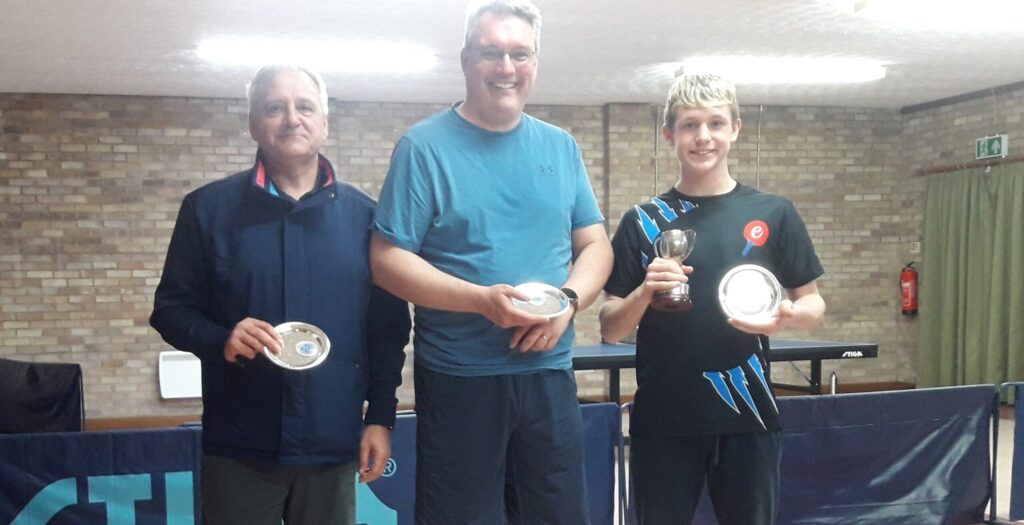 Revolution G from Division 4 were drawn against Kempston Boys Brigade A from Division 1 in the Plate final held on Monday 4th April at Elstow TTC. The Revolution G team of Luke Stephens, Ray Peters and Alasdair Simmons had a 188 point start which meant that Kempston Boys Brigade A had to keep the Revolution side to about 4.5 per game to win. Semi-finalist, Beate Nicol, unfortunately, had booked a skiing holiday so had to sit on the end of phone in Austria listening for updates as to her team’s progress. However, reserve Ray Peters stepped in to the team and did himself proud. Luke Stephens picked up the most points, followed by Ray and Alasdair. Both sides played well on the night but the team aided by a bit of luck proved just too much for Ricky Taiwo, Russell Penn and Ed Simms from Kempston Boys Brigade A with Revolution G coming home to win by a 17 point margin.