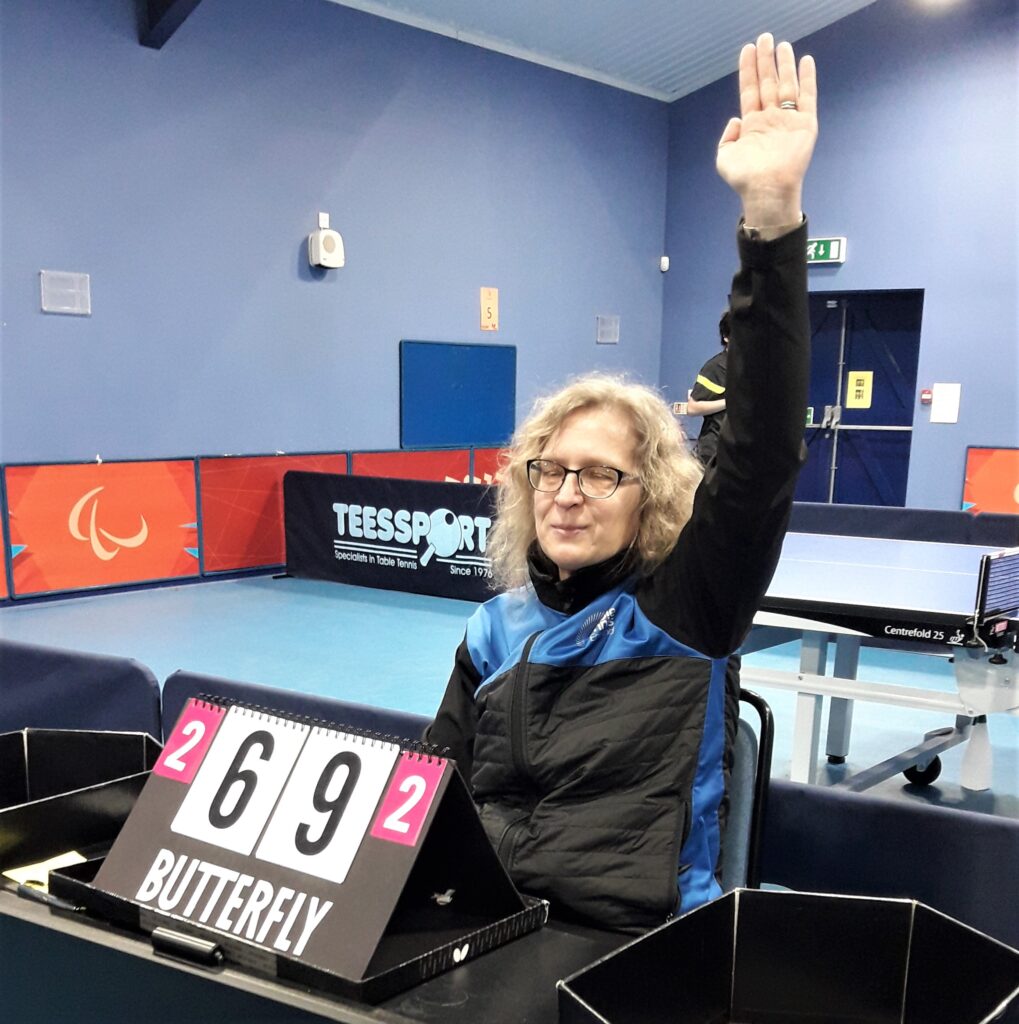 Congratulations to Revolution G’s Beate Nicol who has been selected to umpire at the Commonwealth Games in Birmingham this year. Beate chose to respond to an invitation from Table Tennis England in 2019 encouraging volunteers to qualify as Level 1 umpires, the equivalent to County Umpire, with a goal of selection for the Commonwealth Games in 2022.

Beate completed the umpire’s course at St Neots in May 2019 and started umpiring in September 2019 at the Veterans British League. Following this she has umpired at many national events, in “high season” umpiring every other weekend. To date, she has umpired at 22 national events which shows her determination to achieving her goal of umpiring in Birmaingham. Her highlight was umpiring at the Senior Nationals in February 2020, where she got to umpire a semi-final. In September 2020 she progressed to passing the Level 2 exam, equivalent to the older National Umpire qualification which was one of the pre-cursors required to be considered for selection, in addition to having gained sufficient experience on the tournament circuit to know how to umpire matches effectively.

We wish her well and look forward to seeing her on our television screens later this year.