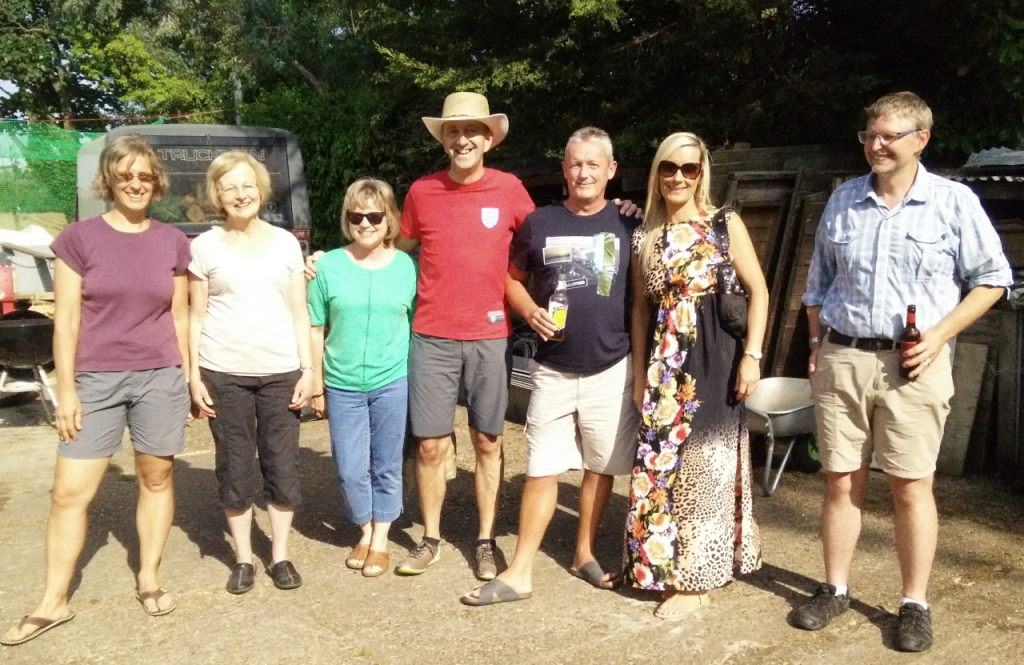 Sadly, Barbara Wright passed away Monday 6th April 2020 just three weeks after being diagnosed with an inoperable brain tumour. Perhaps it was coincidence or part of her plan but this was World Table Tennis Day, a sport she came to late in life but one which she loved and to which she devoted the last few years of her life. The club has missed her presence this last season as she struggled with other health issues and we will be extremely lucky to find a long term replacement. A full obituary is published on the Bedford League website.

Thank you one and all for so generously contributing to the Barbara Wright Trophy fund which reached over £500 in the end and will enable an extremely nice trophy to be purchased. Barbara received a lovely bunch of flowers and a card from those that had contributed towards the trophy shortly before she passed away and she was extremely touched by your generosity. Hopefully the picture above reminds us of happier times at the Revolution Summer Social.