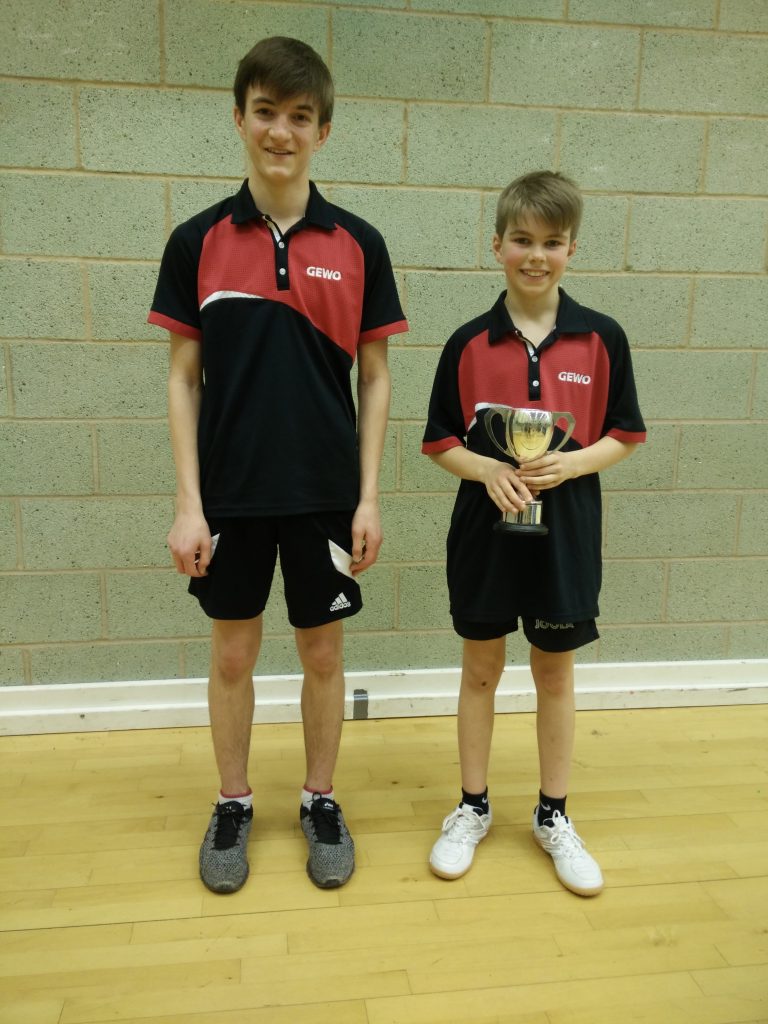 Revolution’s Ben Dunkley who plays for Revolution E, with a two point handicap advantage per game, became the youngest ever winner of the Charity Tournament beating Revolution C’s Toby Blizard 3-1 in the final. On the way to final both players had gained some impressive scalps. In the semi-finals Toby took out Tomek Nowakowski 11-10 in the fifth under sudden death rules after in the previous round defeating Valentin Cazacu. In the other semi-final Ben came from two sets down to beat Revolution’s Martin Walters 11-8 in the fifth.

In the Plate competition it was another Revolution player who took the honours as Revolution G’s Paul Ferguson defeated Stevington’s John Henderson 3-1 after pinching the first two games at deuce. Paul defeated his son Fergus over five legs in the semi-final and John defeated Elstow’s Mark Blackbourn in the other semi-final.