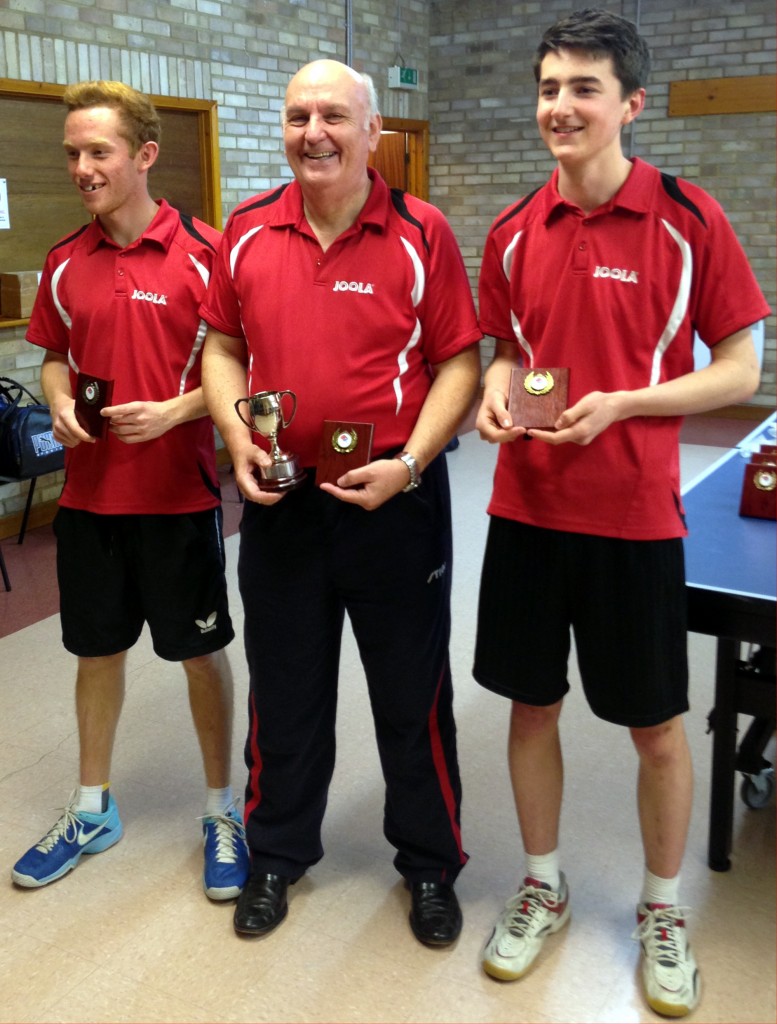 Congratulations to the Revolution B team comprising Ian Baldock, Owen Hewett and Charlie Brinicombe, who had to give away 99 points to the Division 3 runners-up, St Neots E in the final of the Plate competition. Revolution had to win by better than 11-8 a game to win the match. After 32 games the St Neots team of Alan Carter, Bev Watts and David Horsler had fought hard and won seven and lost five of them only by 10-11. So going into the last single’s match they were 13 points ahead which meant Revolution’s Baldock had to keep St Neot’s Carter down to less than eight points a game to win the match. Baldock rose to the task and comfortably won 11-4, 11-6, 11-4, 11-3 to seal the match by 14 points and improve on their runners-up position last season.