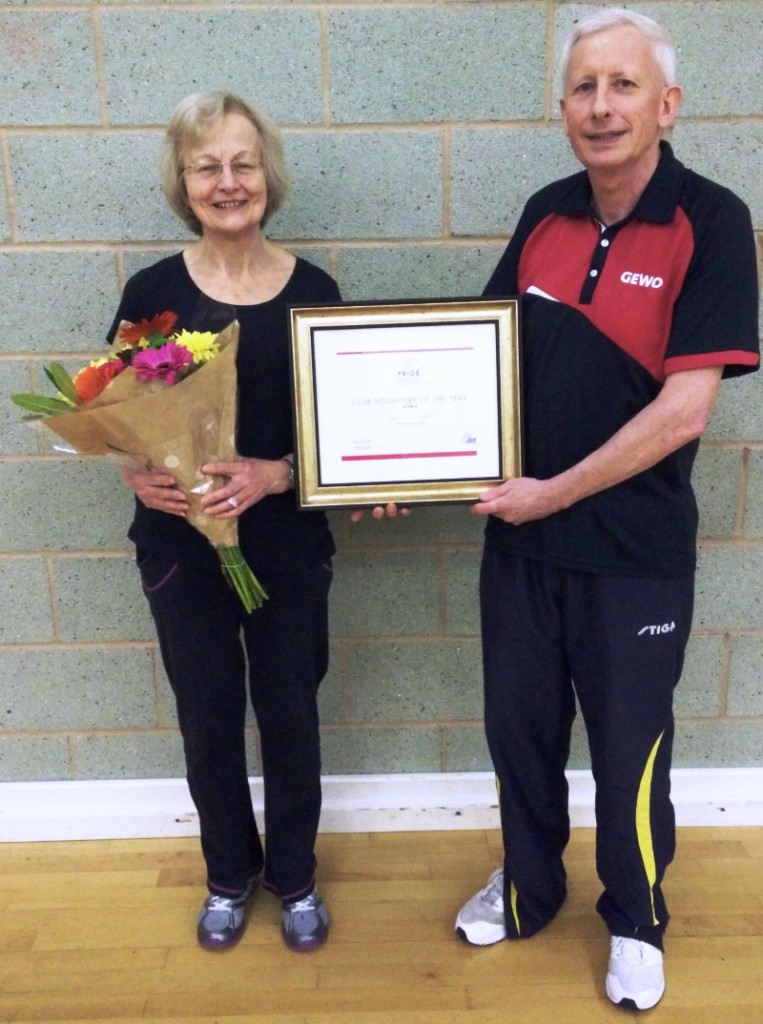 Thank you for visiting this donation page which has been created to remember the contribution that Barbara Wright has made to Revolution Table Tennis Club. Barbara initially became involved with the club as a practice partner and helper at our original venue at Church Lane Community Centre where she nurtured young players in the basic skills of table tennis. It was also here where she undertook and successfully passed her UKCC Level 1 coaching qualification. Ram Dinakar, Thomas & Alex Nicol, Sam Manning and Kyle Aston were just five of those youngsters who were treated to orange juice and biscuits by Barbara during the breaks. Subsequently after our move to Lincroft she became a core part of our operation taking match fees on the evenings, signing in new members and captaining junior teams. She has captained junior players such as Ben Dunkley, Joshua Jeganathan, Harry Robson, Ethan Calder, Tim Hare, Louis Aveston, Fayad Abraham and Gemma Russell to winning their divisions and handicap competition titles.

In recognition of Barbara’s keen interest in nurturing the juniors we intend purchasing a permanent trophy to be awarded annually to the junior that has made the biggest progress throughout the season or has contributed to the club in other ways. As time is pressing, we would like Barbara to see how much she is appreciated whilst she is still able. Please donate either directly to the Revolution TTC bank account if you do this normally for match fees and use the reference BWMT. This is our preferred method of donation.

Alternatively, click on the button below to take you to a PayPal donation page where you can donate what you feel you can afford.

P.S. The above photo is where Barbara received Club Volunteer of the year award in 2016. For those that would like to send a card, her address is Mallard’s Care Home, 5 Dynevor Rd, Bedford MK40 2DB.