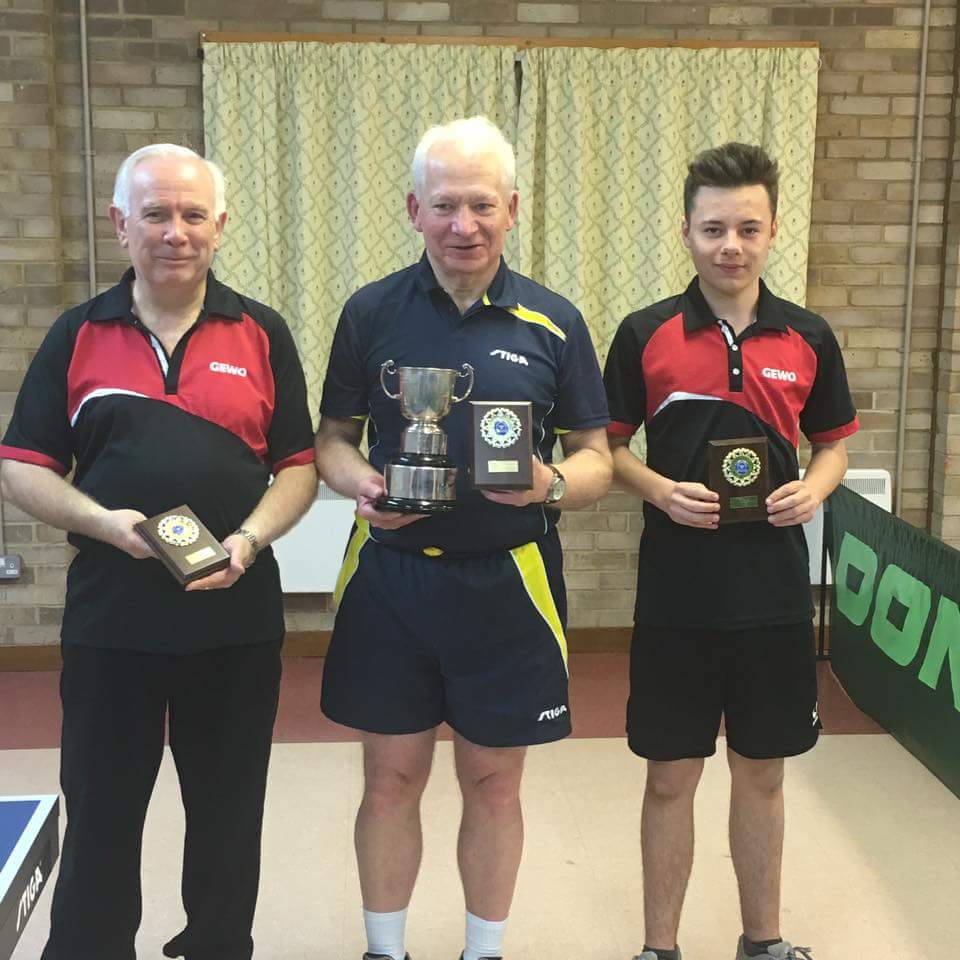 Congratulations to the Revolution C team who won the Smith Cup by 23 points from Phoenix C on Monday 18th April at Elstow TTC. Martin Walters, Trevor Beard and Usman Subhani had comfortably won the semi-final the previous week when their opponents conceded with one match left to play. Last night’s match, with Josh Hallam substituting for Usman, was somewhat closer but the team secured the trophy at long last.

There was disappointment for Revolution E in the semi-finals of The Plate competition as Ram Dinakar, Kyle Aston and Sam Manning just lost by eight points to Southill D. This was a great achievement as Southill D were fielding a former Division One player who made the difference.